The books > The White Queen's Transformation

Certainly one of the more confusing chapters in my opinion of "Through the Looking-glass, and what Alice found there." Upon reading it over and over it really only get's more confusing to me. In this chapter, Alice comes across the White Queen who explains the quirks of Looking-glass land, but some things need a little more clarity.

1. At the very beginning of the chapter, the White Queen whispers: "Bread-and-butter, bread-and-butter." Is there any reason for this? It's not brought up again in conversation or text.

2. The Queen turns into a sheep with no explanation. It's very similar to when Alice steps into the square with the train. 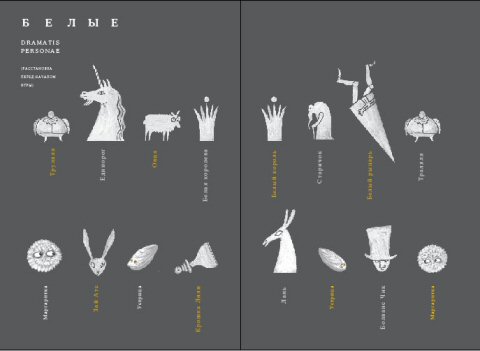 but with the Dramatis Personae in the beginning of my book (this is the only picture i could find) it shows the Queen and the Sheep as two different pieces.

4. I'm also confused as to why she says feather at Alice. Is this a reference to something?

5. Near the end of the chapter Alice crosses into the eight square but it doesn't seem she traveled that far. (she was only on water and inside the shop) or am i mistaken?

4. According to Martin Gardner's Annotated Alice, feathering is a technical term used in rowing to describe ensuring one's oar blades are perfectly horizontal when pushed back, so that they don't drag through the water.

Note: 'Catching a crab' is also a rowing term, which describes dipping the oars into the water so deeply that they escape from the rower's grasp and strike them in the chest, unseating them
Last edited by Beautiful Soup on Mon Feb 10, 2014 12:07 pm, edited 1 time in total.
Top

So could bread-and-butter also be a boating term? I've imagined the sheep a bit paranoid but since I've read it she's a bit cranky which also confuses me as to why she's a White piece as there is a drastic difference between the white and red pieces. Humpty Dumpty, the crow, and the Tiger lily all red compared to. The fawn, Hatta, and the White Knight who are all relatively kind.
Top

The meaning of bread and butter is unknown (apparently)

I don't think it's a rowing term - or I'm sure Martin Gardner would have said so, and it seems from The Annotated Alice that it's not known what (if anything) the phrase is supposed to mean

Gardener suggests several possibilities, but has no more knowledge on Carroll's intended meaning than you or I do...


Re the sheep being a white piece - I think, in Wonderland/Looking Glass terms, being 'a bit cranky' IS relatively kind

EDIT Lenny has some interesting stuff in the Resources section on the White Queen. In Alice on the Stage, Carroll explains a little about how he perceived a selection of the Wonderland characters. This is what he says about the queens:
(White Queen bolded for clarity)


Let me cull from the two books a Royal Trio--the Queen of Hearts, the Red Queen, and the White Queen. It was certainly hard on my Muse, to expect her to sing of three Queens, within such brief compass, and yet to give to each her own individuality. Each, of course, had to preserve, through all her eccentricities, a certain queenly dignity. That was essential. And for distinguishing traits, I pictured to myself the Queen of Hearts as a sort of embodiment of ungovernable passion--a blind and aimless Fury. The Red Queen must be cold and calm; she must be formal and strict, yet not unkindly; pedantic to the tenth degree, the concentrated essence of all governesses! Lastly, the White Queen seemed, to my dreaming fancy, gentle, stupid, fat and pale; helpless as an infant; and with a slow, maundering, bewildered air about her just suggesting imbecility, but never quite passing into it; that would be, I think, fatal to any comic effect she might otherwise produce. There is a character strangely like her in Wilkie Collins's novel `No Name': by two different converging paths we have somehow reached the same ideal, and Mrs Wragg and the White Queen might have been twin-sisters.

i find it interesting though the swap of personalities of the two. The white queen comes of as knowledgeable in the Looking-glass world but unable to keep her thoughts collected as she's so forgetful. The sheep is often rude, loud, and cranky. I get the sense of paranoia from her when she could never put the egg into Alice's hands. Perhaps the closest similarity i find is their color and theyre both possibly senile cx
Top

Re: The White Queen's Transformation

The shop actually existed in Oxford and the owner apparently was always knitting.
Top


5. Near the end of the chapter Alice crosses into the eight square but it doesn't seem she traveled that far. (she was only on water and inside the shop) or am i mistaken?

I'll guess you mean the 'next' square, not the 'eighth' square. (She only moves from the fifth to sixth square as she leaves the shop to reach Humpty Dumpty.) Distance is rather flexible in the Looking-Glass world and there doesn't seem to be a set amount of travel needed through any one square. It's also entirely possible that the Sheep's shop moved while they were on the boating trip! Or perhaps the lake is contained within the shop. The Red Queen describes the fifth square as "mostly water" anyway.
Top
Post Reply
7 posts • Page 1 of 1

Return to “The books”

Users browsing this forum: No registered users and 3 guests