Are you fond of Disney’s takes on the ‘Alice’ stories? Then you’ll certainly enjoy this heavily illustrated book by Mark Salisbury. It provides a ‘behind the scenes’ look, with photo’s and fun facts, for all of Walt Disney’s Alice in Wonderland related productions – from his ‘Alice comedies’ in the 1920’s, to his 1951 cartoon movie, to the more recently released live action movies directed by Tim Burton and James Bobin. 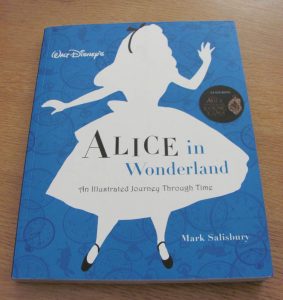 Disney Editions published this book in April 2016. I didn’t know it was coming out, or I’d have bought it sooner!

“Alice in Wonderland – an illustrated journey” by Mark Salisbury is a book about Walt Disney’s history with the Alice in Wonderland books. It starts with a short history of the books, and continues by telling us about how fond Walt Disney was of Carroll’s stories, how he strugled to start his own company, and how his career advanced.

We then read about how he produced the ‘Alice Shorts’, and how he later finally was able to realize his dream project; a full-length cartoon movie of Alice in Wonderland. Extensive detailed information is provided about obstacles he encountered, the cast, animators, and other people that helped produce the movie. 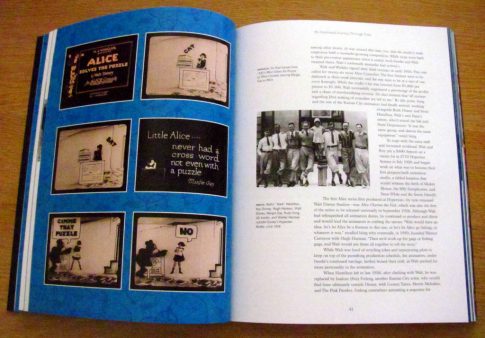 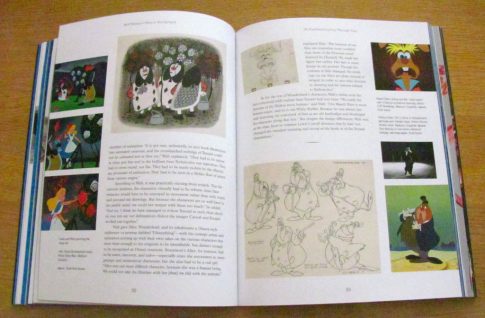 The last part of the book is about the more recent live-action movies directed by Tim Burton and James Bobin. This chapter is quite different. In stead of providing many production details and anecdotes, it reads more as a series of interviews with the director and actors, who tell you about what they wanted to accomplish with the movies. 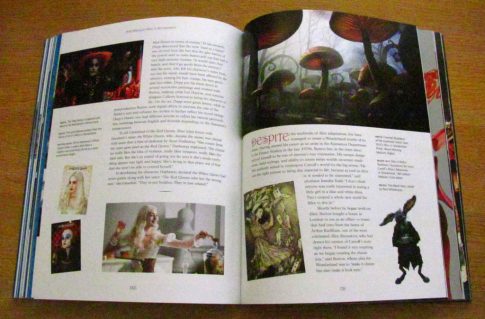 As a fan of Disney’s 1951 cartoon, and a not-quite-a-fan of Burton’s and Bobin’s take on the story, I didn’t really mind the limitedness of that section. I did cringe a little while reading Bobin’s introduction, in which he applauds Carroll’s Alice’s feminism, and how she is being treated equally as men in the story. Apparently he had forgotten that in the books, Alice is not yet a woman, but a 7-year-old child… and is often being treated as such.

Anyway, back to the good parts. Interspersed between the main text, are sections with information about Disney’s theme parks, detailing the Alice in Wonderland themed attractions, rides, shows and floats.

As the subtitle predicts, the book is filled to the brim with illustrations. Because, what’s the use of a book without pictures? There are old photographs of Walt Disney and his crew, set photo’s, movie stills, and lots of concept art, all printed beautifully.

I actually learned something from this book, too. When the cartoon movie came out in 1951, it was not an instant success. The book suggests that it may have to do with the fact that Alice is not scared of her surroundings and the characters that cause her trouble, but annoyed and exasperated instead. Apparently, a movie rule is that when the main character is constantly frustrated, so is the viewer.

On hindsight, I think this is actually one of the things that made me enjoy the movie. As a child I did not want to be scared! But I could relate to being frustrated by adults and their behaviour. Which makes me think that movie is actually very much in line with the spirit of Lewis Carroll’s book.

All in all, the book is mainly interesting for readers who love Disney’s ‘Alice’ productions from the old days. It is very entertaining to read the background stories and look at much more visual material then I’ll ever be able to provide on my section about the cartoon movie. If you are mostly a fan of Disney’s later productions and want to know everything about those movies, there are other books more suitable for that.